Castleglenn Consultants Inc., on behalf of the City of Leduc, in association with Alberta Transportation and the Edmonton International Airport, has undertaken a functional planning study to identify the ultimate requirements for the future Queen Elizabeth (QEII) and  interchange within the City of Leduc.

The study analysed the existing conditions and traffic operations within the general study area, which ranges from approximately 800 m south of the Hwy 2A interchange to approximately 800 m north of Airport Road along the QEII. The study also reviewed the results of previous studies and generated options for a short-term strategy to provide for a 65th Avenue connection to the QEII. The solution was intended to satisfy the requirements for all affected agencies and integrate seamlessly with the ultimate vision for the QEII corridor by considering both short and long term planning for the area. 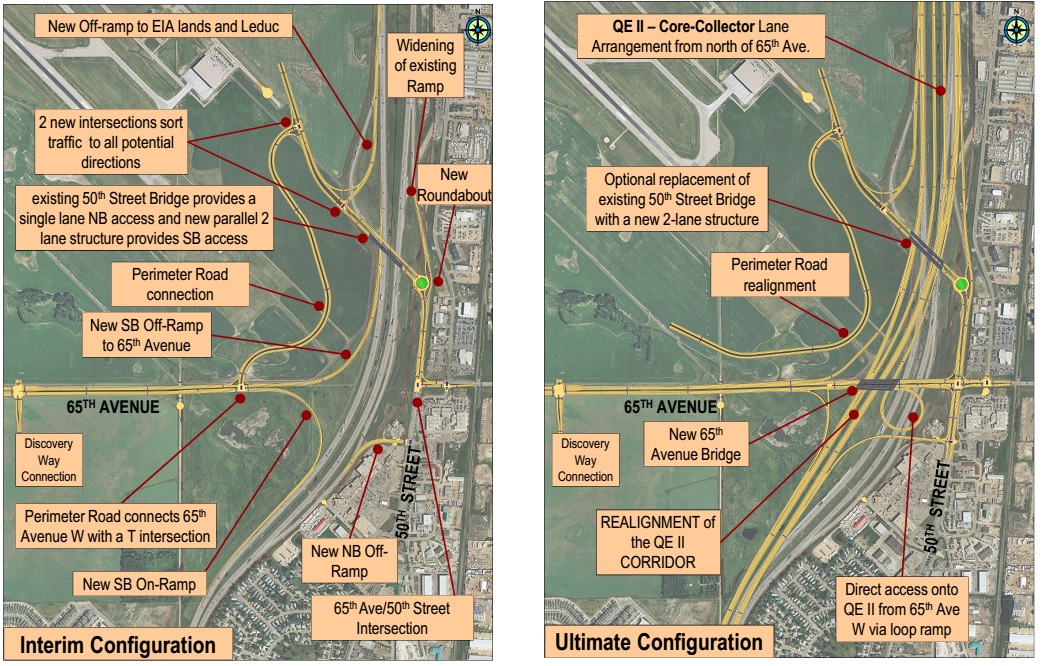